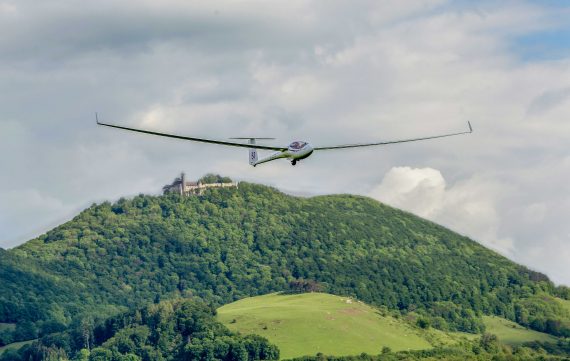 THE BRITISH Gliding Team is looking ahead to an exciting summer of soaring and getting more women and girls involved in gliding.

And British gliding’s leading female pilot, Claudia Hill, is confident the team will perform to the highest level to contribute to one of the greatest sporting season’s the UK has seen in recent years.

Claudia, from Didcot, said: “Volunteers of Women Glide (UK), an initiative founded by British Gliding Team members, have been busy delivering a comprehensive coaching programme for female pilots this year.

“It started in March with a planning weekend at The Gliding Centre in Husbands Bosworth, which is the host of the 11th Women’s World Gliding Championships in 2021, where pilots were encouraged to analyse and set their gliding objectives for the coming season.”

To help pilots achieve their goals, a number of coaching events have been organised, starting with a mini competition at Lasham.  This took place at the beginning of May and featured competition-style briefings, tasks and debriefs for pilots in their single-seaters, and was followed up by a coaching weekend in June, hosted by The Gliding Centre at Husbands Bosworth.

The next event in the busy schedule is the Bicester Regionals competition held at the Bicester Gliding Centre from 20th to 28th July, where several Women Glide (UK) and British Gliding Team members will be on hand to help and mentor fellow female competitors through a combination of two-seater coaching and single-seat flying.

Liz Sparrow, who flies from Lasham and lives in Hampshire, said: “The competition will also be used by the coaches themselves as a training opportunity for the upcoming Women’s World Championship at Lake Keepit in Australia in December.

“It’s not going to be a holiday; we’re going there to bring home medals for Team GB just like the British Gliding Team has done at the European Gliding Championships winning Gold in Slovakia!”

Finally, from 3rd to 11th August the coaches will be running a women’s coaching week at the Challenge Cup, hosted by The Gliding Centre, Husbands Bosworth.

This coaching event aims to help pilots learn about and improve their cross-country competition gliding through structured coaching, using a combination of single-seater and 2-seat coaching.