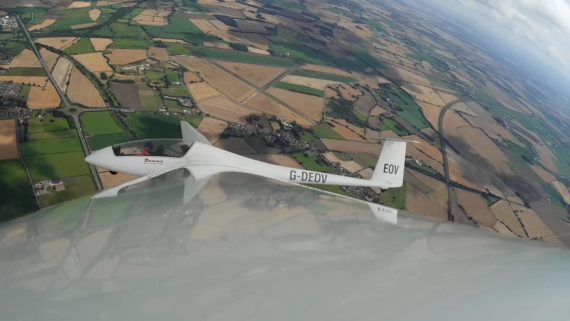 Using the same naturally occurring currents of air that birds use to fly, glider pilots have reached heights of 10,000ft, speeds of 114kph and flown for more than ten hours non-stop – all without an engine!

Glider pilots have been harnessing the power of nature since the heatwave began on the longest day to report the longest flights ever flown by soaring across the open countryside in England, Scotland and Wales.

Four flights of more than 1,000km were flown in gliders by pilots starting from airfields in Hampshire, Leicestershire and London.  In Scotland, Santiago Cervantes flew a total of 1,500 km while Chris Gill flew the first declared 750km starting and finishing in Wales.

Anyone can experience gliding, no matter what age, physical ability or background, and pilots can go solo from 14-years-old – three years earlier than they can learn to drive.

Click here to find a gliding club near you or visit Glide Britain’s Facebook page to watch the latest gliding videos.

For flights details, distances, speed and locations visit the BGA Ladder or see the links below: