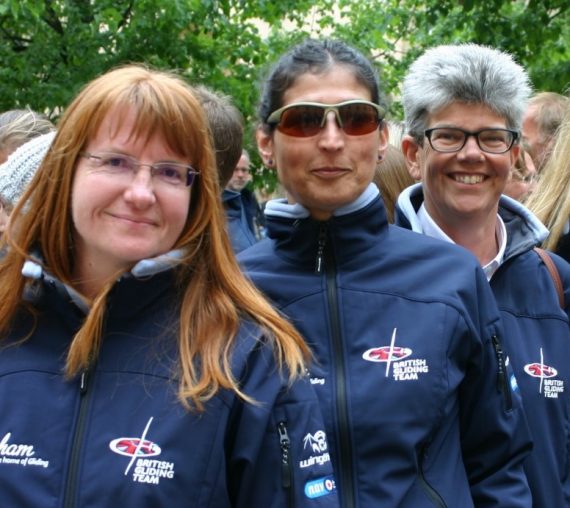 THE BEST women glider pilots from across the UK will be converging at The Gliding Centre near Leicester this week for four days of intense coaching.The Women Glide training camp will see world championship medal winning glider pilots from Team GB training over the Leicestershire countryside with the aim of flying further, faster and for longer in a glider.All pilots are in training hoping to qualify for the Women’s World Gliding Championship which is being held in the UK at The Gliding Centre, Husbands Bosworth, in 2021.

They will be using invisible currents of rising air known as ‘lift’ to soar vast distances of hundreds of kilometres and at average speeds of around 100mph – all in an aircraft without an engine.Liz Sparrow is organising the coaching weekend and has been the highest ranked female glider pilot in the world.She is also the most experienced member of the team having competed in seven world championships.Liz said: “Whilst we’re all going into this competition to win medals for the UK, we’ll also be encouraging more women of all ages to go gliding to raise the profile of the sport and increase the number of female glider pilots.”Double silver medal winner Ayala Truelove will also be at the coaching session, having first tasted international competition in 2009 during the Women’s World Gliding Championships in Szeged – finishing an impressive fourth in her first outing.Ayala said: “Gliding is a fantastic sport and the sense of freedom you feel in the air is exhilarating and magical.”Gliding is also an inclusive sport and enjoyed by people of all ages and physical abilities.Subject to completing the required training, you can fly a glider solo at age 14.  There is no upper age limit with some glider pilots still flying in their early nineties.For more information and to find a gliding club near you, visit www.gliding.co.uk