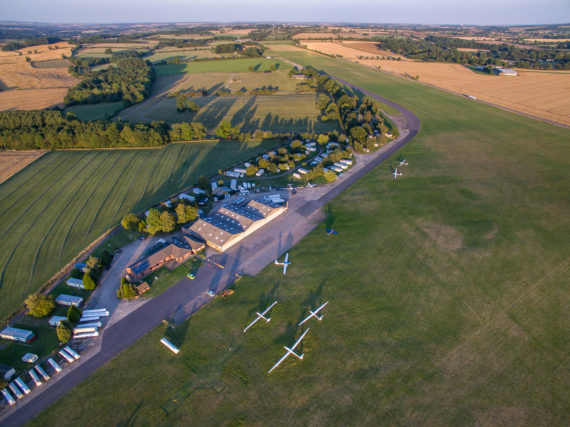 BRITISH GLIDING is celebrating the news that the UK has been chosen to host the Women’s World Gliding Championships in 2021.

The British Gliding Association bid beat off competition from rival nations and will now host the 11th WWGC in three years’ time.

Chairman of the British Gliding Association, Andy Perkins, plans to use the event to showcase how aviation is accessible to women as a sport and as a career in the flightdeck.

Mr Perkins, a senior first officer with British Airways who trains 777 pilots, said it is great news for gliding: “We are excited that the International Gliding Commission has recognised our bid and we are delighted that our passionate focus to bring the Women’s World Championships to the UK has paid off.

“The decision to award the championships to the UK reflects positively on the drive and determination of our pilots to engage and encourage participation by women in the sport of gliding.

“Britain was a pioneering nation for all of aviation and we can’t wait to welcome the world’s best women pilots from around the globe to compete in this prestigious international event.”

The announcement means that in August 2021 around 100 of the world’s top female pilots will race each other over two weeks from The Gliding Centre at Husbands Bosworth, Leicestershire, to decide the Women’s World Champion.

Liz Sparrow has been consistently ranked as one of the world’s top glider pilots since qualifying for the British team in 2003 and helped put together the British bid.

Speaking following the announcement Liz, who flies from Lasham airfield in Hampshire, said: “This is great news for our sport and is a very exciting time for gliding.

“We are committed to training the best pilots from across the UK and have now started an elite coaching programme to prepare for team selection.”

There are more than 80 gliding clubs across the UK and around 8,500 glider pilots.  Of those just seven per cent are women.

According to Mr Perkins, who is also vice-chairman of The Air League which offers gliding scholarships to inner-city students, that figure is a clear sign that more needs to be done to redress the gender balance.

British Gliding Team members have now formed ‘Women Glide’, a trailblazing project involving experienced pilots, trainees and juniors from across the UK to encourage women of all ages to discover gliding.

Liz Sparrow is co-ordinating the project: “Women Glide aims to encourage women of all ages to discover gliding whilst supporting existing female pilots to aim higher and progress their gliding skills through coaching, mentoring and ultimately competition.

“At present fewer than seven per cent of pilots are women and this hasn’t increased in recent years but women can fly just as well as men so we need to inspire them to visit their local gliding club and give it a go!”

Kristina Samuels from Trent Valley Gliding Club in Lincolnshire started learning to glide when she was 35-years-old.  Now, just two years later, she is preparing to enter regional competitions after being selected to take part in the Women’s training programme.

Kristina said: “I flew with British Gliding Team members for a week at Bicester last year and learnt so much as part of the Women Glide coaching and mentoring project.  I now need to put in the effort and focus on flying faster.

“Gliding is a real adventure and gives a complete sense of freedom. It’s never too late to try something new or be inspired.  I’d recommend it to everyone.”

Lincolnshire Gliding Club has been training women as part of its ‘High Flying Girls’ project to close the gender gap and attract more women into aviation.

Katharine York created the project and says: “Gliding is a fantastic hobby in itself and it opens doors to careers in aviation and engineering.

“The skills gained on the airfield and in the sky are in high demand in industry, in skilled jobs where girls have not traditionally been well-represented such as science, technology, engineering and maths (STEM).

“My hope is that by raising their awareness and aspirations we will set girls on the path to excellence in flying and the workplace, showing how aviation is accessible to women as a sport and as a career in the flightdeck.”

To discover gliding and find a club near you, visit  www.gliding.co.uk or watch Glide Britain’s YouTube channel to sample what it’s like to go gliding.

Photo caption: The Gliding Centre at Husbands Bosworth which will host the Women’s World Championships in 2021. (www.peteralvey.com)